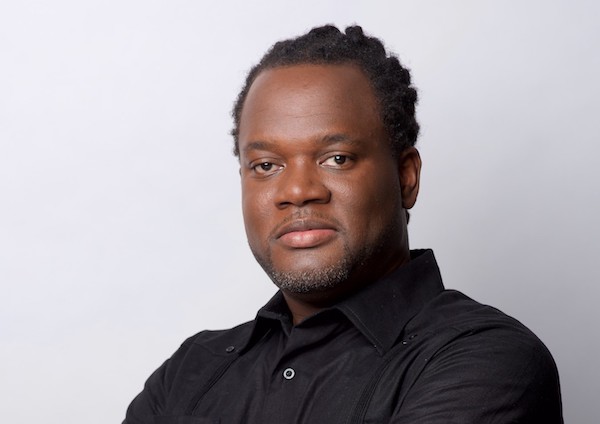 Managing records in the Caribbean is as complex and dynamic as the various societies that form the region. Caribbean records have been shaped more by legislation, practices, traditions, perspectives from the global north than by the socio-economic and cultural exigencies within the region. In Jamaica, much of the development of records management illustrates this constant influence of others and knee-jerking reactions to outside dictates. There has been little creative reflection on the trajectory Jamaican society would like to progress towards regarding its recordkeeping practices and documentary heritage.
As a discipline and practice, the management of records is at a crossroads in Jamaica. The time is fast approaching wherein definitive standards will emerge from daily workflows and economic activities and legislative writ will craft a truly Jamaican and Caribbean practice. I want to consider the five (5) milestones that have shaped the history and future of Records Management in Jamaica and have led us to our current crossroads. These five experiences and realities are discussed, among other things, by several regional experts in the 2018 academic publication, Decolonizing the Caribbean Record: An Archives Reader, edited by Jeannette Bastian, John Aarons and myself. In this article, I hope to share a glimpse of the profession’s journey and discuss some hopes and expectations for its future in Jamaica and the Commonwealth Caribbean.

Colonialism
Jamaica’s recordkeeping tradition is shaped by British colonialism, the economic activity of plantation life and the dependence on exclusive trade with Europe. Starting in 1659, the establishment of the Island Secretary’s Office signaled the start of recordkeeping in Jamaica. By 1879, recordkeeping functions in the Island Secretary’s Office were transferred to the Island Records’ Office, which was formed by Jamaica’s first records legislation. By the 1950s, an Archives Section was formalized within the Island Records Office with a Government Archivist appointed in 1955, which was the first such appointment in the Commonwealth Caribbean. In 1962, the year of Jamaica’s independence from the United Kingdom, the first regional purpose-built archival repository was opened, the facility that still serves as the Jamaica Archives.

Caribbean archivists John Aarons and Sharon Alexander-Gooding, in their discussion of the history of recordkeeping in the Caribbean, observe that early records in and about the region could be classified in three main categories: legal, property and administrative. These record series reflect the interests, activities and legacies of colonialism that still influences how records are perceived, created, classified, and disposed in the Caribbean. The determination of a record’s importance is still made outside the region than from within the nation. Records Management, as a distinct professional practice in Jamaica, was shaped by external pressures as much as the need for modernizing business practices.

In 2004, Jamaica adopted the Information and Documentation Records Management Standard, ISO 15489 as a national standard which was used to benchmark services and training. The implementation of Jamaica’s Access to Information Act (the nation’s FOI equivalent), also in 2004, further cemented the need for records managers and effective records and information management systems within private and public sectors.[1]

Compliance agreements
Another significant influence on records management development is the instability of Jamaica’s economic infrastructure and the increasing multilateral and multinational nature of Jamaican businesses. Victoria L Lemieux, in her groundbreaking examination of the Jamaican financial crisis in the 1990s, observed: ‘When accountability systems are weakened because of ineffective record keeping, management is unable to access information needed to maintain operational control and make sound decisions. This leaves the business weakened and vulnerable to collapse. One example of how this dynamic operates is the failure of several Jamaican commercial banks in the late 1990s, when an absence of effective records controls undermined the quality and availability of accounting and management information in these banks, which in turn, weakened the systems of accountability that the banks’ directors, managers, and Jamaica’s macro prudential supervisors relied upon to manage and control banks’ capital adequacy and risks.’[2] As the Government of Jamaica continues to seek international funding as well as investment in the various educational, financial, tourism and other multinational economic enterprises, both public and private sectors are forced to grapple with compliance requirements in recordkeeping clauses and stipulated legal ramifications on the various forms of investment relationships. These agreements are driving the consideration and application of data protection and privacy principles and best practices across sectors, even as Jamaican legislators continue to debate legislative proposals.

Digital infrastructure
The rise in digital business initiatives and electronic transactions is another driving force for records and information management across the business sector. More transactional activities are taking place in the digital environment, with its obvious risks and implications for creating, using and maintaining digitally born records. Since 2007, Jamaica’s Electronic Transactions Act has not only enabled the development of e-commerce enterprises, but has validated digital records and intimated at the increasing importance for digital recordkeeping in both public and private enterprises.
In 2018, the Government of Jamaica launched its Records and Information Management Policy, aimed at enabling the recordkeeping capacity within the public sector, especially as the government moves towards e-governance.[3] This development is dependent on agencies having appropriate digital infrastructure, resources and training, as well as the will to rationalize workflow processes and personnel roles.

Professional development
Access to RIM education and training is another key factor in the profession’s development in Jamaica. The development of the University Archives and Records Management Program within the three campuses of the University of the West Indies in 1991, signaled the start of formal training in theory and best practices across the Caribbean. This 12-week UWI-certification program (divided into 6 weeks over 2 summers) is hosted at UWI campuses in Barbados and Jamaica, featuring Caribbean-based trainer-facilitators. Over 1200 participants from around the region have been certified over the years. Additionally, the Caribbean Archives Association, now the Caribbean Branch of the International Council on Archives (CARBICA), has consistently provided training opportunities and professional development initiatives since it was established in the 1970s.

However, it is the offering of undergraduate and postgraduate programmes in Archives and Records Management that is making the most impact on the profession in the region. Since 2015, the Department of Library and Information Studies at The UWI Mona Jamaica Campus has been offering a Bachelor of Arts (BA) in Information Studies and the Master of Arts (MA) in Archives and Records Management. The BA program includes specific courses in archives, records management, commonwealth government records, museums, heritage, law and management. The MA program prepares candidates for leadership roles with courses that considers Caribbean memory and recordkeeping traditions, traditional and digital records management and curation, as well as preservation of archival materials in tropical environments. Since 2019, over 20 persons have graduated from both programmes and are already making a difference in their various spheres. The launch of research degree programmes in Information Studies (Master of Philosophy and Doctor of Philosophy), and the work of 4 current candidates, is already triggering new ideas on recordkeeping for the Caribbean.

Enhanced growth
Records Management in Jamaica is now at a crossroads. The worldwide COVID-19 pandemic has forced the entire region to rethink the way we do business, communicate, and exchange information. The hallmarks of traditional, colonial, or even northern global practices are being eroded with the realization of how culturally inappropriate these norms are for the ways in which we do business and create records. The growing use of digital technologies for daily work operations will force greater interests in, and demands for, digital recordkeeping. However, unlike other countries in the commonwealth Caribbean, Jamaica has enabling infrastructure that can further propel the practice and profession of Records Management into a more digitally-reliant information future.
The listed factors have, by good fortune, laid a solid foundation for enhanced growth for and the value-added relevance of Records Management in Jamaica. The question really would be: Are we brave enough to go head on into a digital records management future, confident in best practices and standards that are Caribbean-oriented and appropriate? Or will we continue plodding along applying global northern norms in the hope for continued efficiency. Time will tell.

[1] See Helen Rumbolt, The Impact of the Access to Information Act on Records Management in Jamaica. News Release: Ministry of Finance and the Public Service, October 2009, bit.ly/3bxtj9l, accessed 28 February 2021. 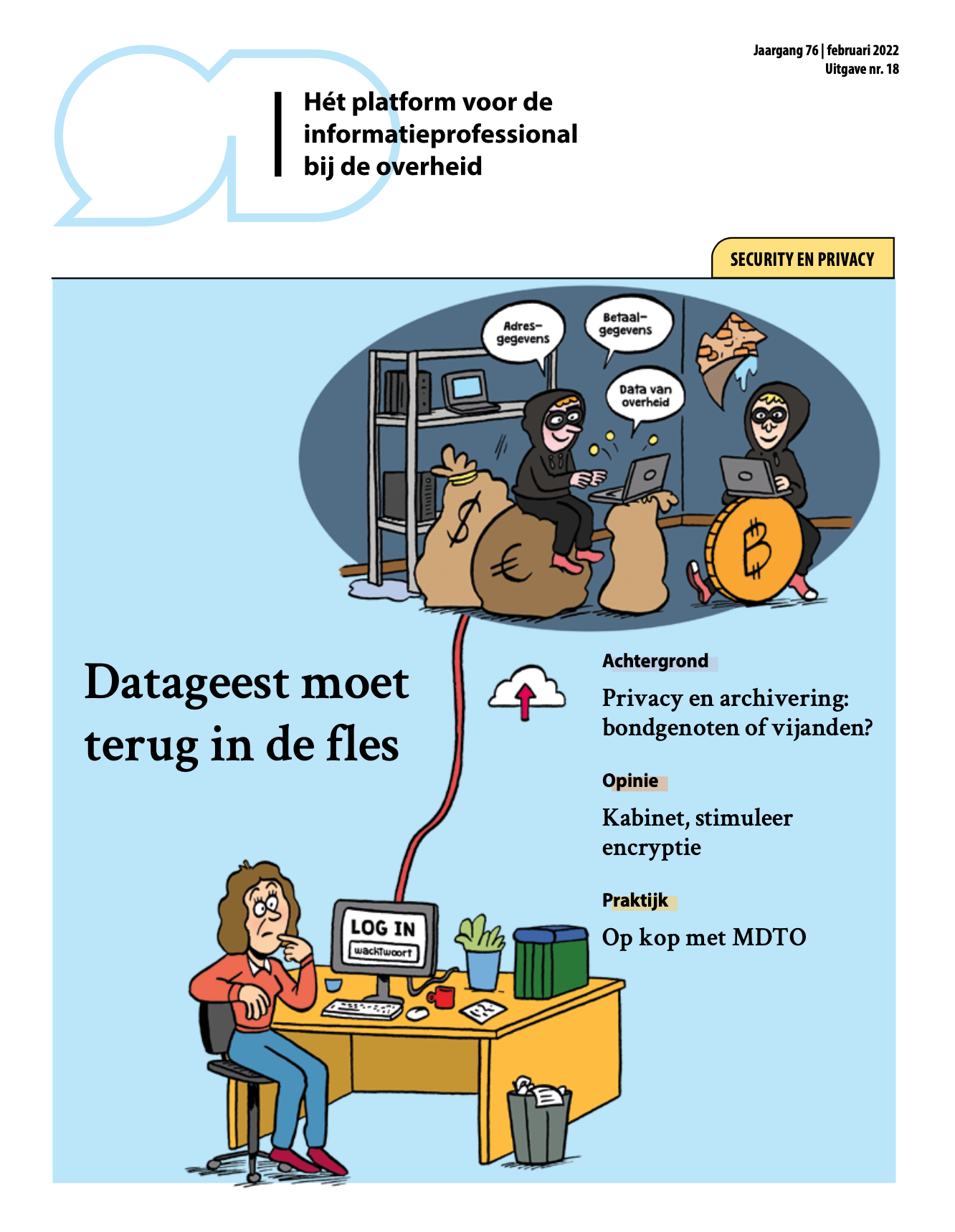